Rarely aggressive in nature, opossums are scavenging animals that can be a nuisance. Although they are unlikely to harm humans or plants, they often sift through trash cans or inhabit yards looking for food or shelter.

Like most mammals, opossums are warm-blooded, and their fur is not especially thick, meaning it provides little insulation in the colder months. But despite all this, opossums do not actually hibernate in the winter. In fact, they stay very much as active as possible.

Animals that go into hibernation during winter typically become inactive to conserve energy, as food is too scarce to maintain body heat. However, opossums do not have the ability to store food or gather additional body fat in the same way other hibernating mammals can, so they have to be active at all times. And whilst opossums have just enough fur on their bodies to avoid suffering from frostbite, their tails and ears are completely hairless, meaning they do get frostbite in these areas.

Also, because of their nature, they stay far too alert to actually become dormant, giving them no other option but to continue and search for food in winter. Not only this, but opossums are nocturnal creatures that are generally at their most active at night. However, they make an exception during the winter in order to forage as the nights are simply too cold for them to move around for too long. 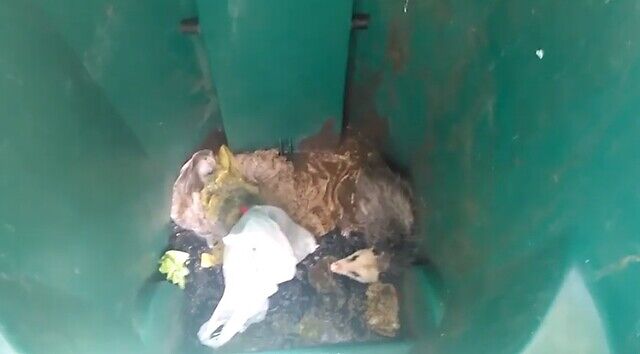 Popular places that opossums will hunt for food include underneath bird feeders, and if given the opportunity they will also enter your home in search of food. In extreme cases, opossums have even been recorded to create dens or nests in attics or crawl spaces.

Another problem opossums face in winter is that they do not share dens with others of their species for warmth, making it far harder to maintain sufficient body heat to survive. However, they are smart enough to line their individual den with dry grass or leaves for extra insulation, which they can carry either in their mouths or using their prehensile tails.

But at the same time, opossums have a tendency to switch nests several times within the same week, even during winter, to avoid predators. This is because they do not have many offensive tools to ward off threats, and instead have to rely on their nimbleness, climbing prowess, and ability to “play dead”. Places they tend to target for dens include woodpiles, garages, burrows abandoned by other species, or rock crevices.