It’s easy to think of an opossum as being filthy and riddled with disease. Just look at their narrow, rat-like faces. Yet these creatures have also shown themselves to have a great immune system, that’s why it’s important to ask what diseases they do actually carry. 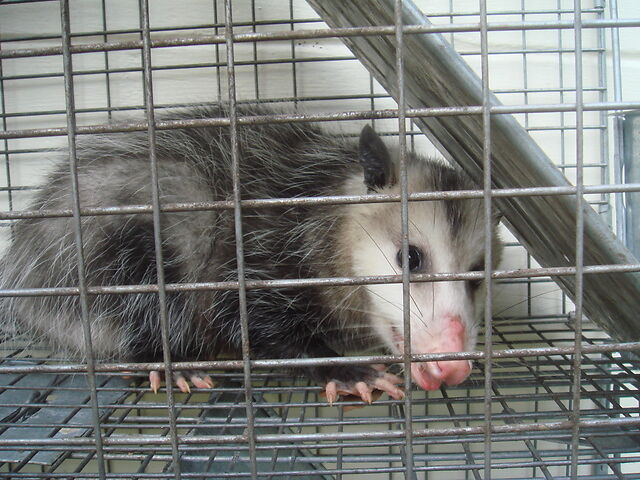 Opossums are perhaps best known for “playing possum”, a state in which they enter a catatonic state and appear dead. This effect is all the more complete as their mouths fill with foam and their heartbeat slows significantly. Even when cornered and scared, these animals might hiss and have their mouths full of foam.

Does this mean opossums have rabies? No. Research has shown that opossums rarely contract rabies, and have proven to have a slight immunity to the disease. Scientists think this has to do with their natural body temperature, which is lower than most other mammals at 95℉ (35℃).

These resilient creatures have also shown themselves to be beneficial in fighting some diseases. Lyme disease is spread by ticks and can cause rashes, fevers, chills, and even neurological damage in some cases. Opossums help fight this disease by making ticks a part of their diet. It’s been shown that these furry creatures tend to pick ticks off of themselves and eat them, as well as eating other ticks they stumble upon in the wild. Studies have shown that a single opossum is able to kill around five thousand ticks within a season. As a result, many think that opossums are the key to fighting this tick-borne disease.

Though not a disease, snake bites cause around a hundred thousand deaths every year, according to the World Health Organization, with three times as many people surviving but needing to have parts of their body amputated. This means that snake bites are a serious threat to people all over, and an effective countermeasure is required.

One potential solution is the opossum. These marsupials have proven themselves to be immune to most types of snake venom, and are thus being considered as a subject to help develop more effective anti-venom. Not only that, they also use their natural immunity to make snakes a part of their diet. With opossums eating snakes, the risk of humans being bitten drastically decreases.

Having opossums around isn’t all good, however, as they still end up carrying a large number of diseases that can harm humans. One such disease is salmonella. The combination of opossums eating rats (who are notorious for carrying the food-related disease) and their natural tendency to defecate a lot, leads them to be a potential cause of salmonella. If these creatures get into your home or take up residence in your attic, there’s the chance of some of their droppings getting their way to your food, which can cause diarrhea, fever, and abdominal cramps if you proceed to eat this food. As a result, keep these animals away from your kitchen and keep your food tied up and safe.

One of the most dangerous diseases you can catch from an opossum is leptospirosis. This bacterial disease can easily infect people if they come into contact with an infected opossum’s urine. This disease can infect you through your skin, and all it takes is to touch opossum urine or even touch water, food, or soil that’s been peed on. The effects of this disease aren’t pretty. Health institutes state that the symptoms of this disease include a high fever, headaches, chills, aches, vomiting, diarrhea, and in severe cases, kidney or liver failure.

Despite getting rid of ticks so effectively, opossums have shown themselves prone to getting fleas. These nasty bugs aren’t just dangerous to the opossum, however, as they can transfer to your pets or even you.

Ticks carry plenty of dangerous diseases. One such disease is murine typhus. This disease is primarily caused by the cat flea, but don’t be fooled by the name, as it latches onto opossums, rats, and plenty of other animals besides cats. These fleas don’t change hosts unless their primary host dies, so try to avoid approaching any dead opossums. The disease itself, murine typhus, can cause a fever, body ache, vomiting, loss of appetite, and a cough. In some cases, it can lead to damage to the lungs, heart, kidney, liver, or even the brain.

Opossums also carry plenty of other diseases, such as tuberculosis, spotted fever, and Chagas disease, just to name a few. If you have horses, they might be at risk too, since opossums are known to carry EPM, a disease that affects the horse’s nervous system.

As you can see, opossums can pose quite a threat despite the amount of good they do. You should always be cautious when dealing with them, or any other wild animal, for that matter. Try to keep your distance away from them, avoid touching them if you can, and always be sure to wash your hands.