Do Opossums Live in the Wild or Urban Areas?

Opossums are a small, rat-like marsupial. Despite having a short lifespan of only two years, these creatures are ancient and have been around since the time of dinosaurs, according to fossil records. How have the marsupials adapted to the changes brought about by people, and where do they live now?

Opossums live in North America and are the only marsupials to be native to the region. Their most common species is the Virginia opossum, which tends to live north of Mexico, in the United States. In recent years, they’ve even made their way further north into Canada as a result of climate change. 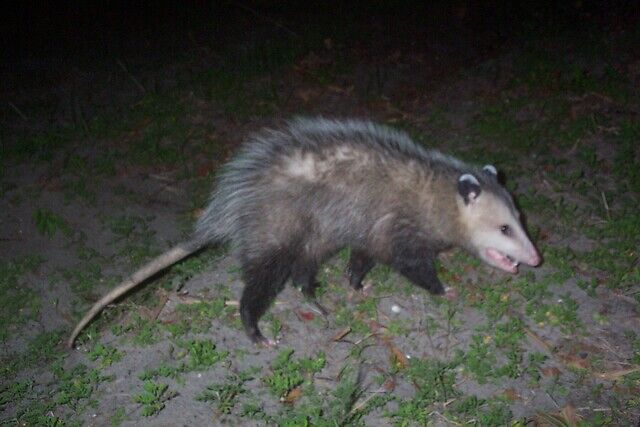 Where do they live exactly? Well, these clever critters aren’t too picky about their habitat. They’re willing to live anywhere so long as they have access to plenty of food, water, and warmth. As a result, they’ll usually set up near forests, prairies, swamps, marshes, and rivers.

Thanks to their opposable thumbs, claws, and their tails – which can be used as a fifth limb – opossums make for excellent climbers. That’s why they love to hang out in trees and occasionally use them as dens. On the ground, however, they’re much more vulnerable and prone to being attacked by predators like dogs, foxes, coyotes, and hawks. That’s why if you see an opossum out in the open, they’re likely to be injured or in some kind of trouble. 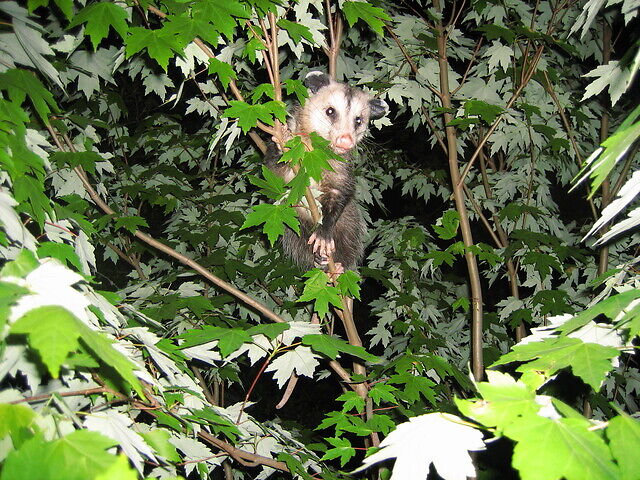 Opossums can be viewed as lazy. Rather than building their own dens or digging holes to live in, they’ll move into other animals’ homes after they’ve left. Meaning they’ll take other animals’ empty homes for themselves. This includes hollow trees, holes dug by beavers, crevices, and even unchecked cabins and attics.

However, they don’t just have a single den. Opossums tend to have a handful of different dens scattered around the place, and they’ll often travel between them. As a result, these creatures are never in a single spot for too long. This stems from the fact that they need a lot of food to sustain themselves, as well as constantly being on the run from potential predators. What’s fascinating is that they never forget the location of all these different dens. In fact, opossums are very intelligent and are known to have an excellent memory. This aids them in both going back to different sources of food and keeping track of their various dens.

Due to the effects of deforestation and urbanization, opossums have lost many of their wild homes. Small towns, and even cities, have been built where there was once only wilderness. As a result, opossums have been heading towards human-occupied territory and cities.

Opossums have actually fared pretty well, as cities provide them with an abundance of food sources as well as places to live. They’re omnivores and scavengers, so they eat just about anything, alive or dead. This means cities offer them a lot of food to eat, from cockroaches to trash cans full of potential food. Small cracks, holes, or abandoned stores also provide them with dens and places to live.

So do opossums live in the wild or urban areas? The answer is both. As with all animals, they naturally live in the wilderness, preferring wetlands like swamps and marshes. Due to human activity, however, they now live in urban areas as well, and have adapted quite well to their new environment.