Opossums have been around longer than we have. Fossil records show that they were there at the time of dinosaurs and that they’ve survived multiple mass extinctions. These creatures are found in abundance and are doing quite well for themselves. Given all that, you might begin to wonder how they breed and how it may have led to their success in nature. 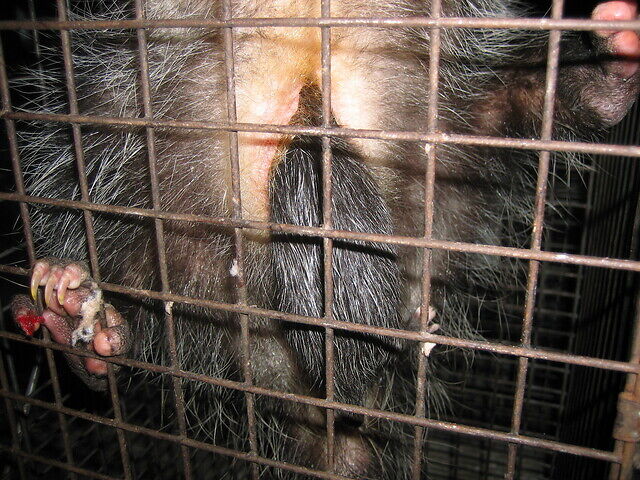 To start off, it’s important to realize that opossums are mammals, but they’re a special kind of mammal, and this has a lot to do with how they breed and raise their young. They’re marsupials. This means that they have pouches in which they can raise their young, similar to kangaroos or koalas. They’re also solitary creatures who spend most of their lives roaming and hunting alone. As a result, they mostly get together only when it’s time to mate.

Despite their rodent-like appearance, they don’t mate like rabbits. In fact, they typically only have two litters a year, between January and August, though they have been known to have a third if weather conditions are favorable. When the time comes, the male – called a jack – will typically make a mating call, thus attracting a female opossum, called a jill.

Like most marsupials, the male has a forked or two-headed genital. Because of this fact, and the fact that females rub their noses against their pouches when getting ready to give birth, people used to think that opossums mated through the female’s nostrils and that they gave birth by sneezing. Suffice it to say that this isn’t the case.

After conception, the male will typically leave and continue its solitary life. The female will then be left on her own for the duration of the pregnancy, though that doesn’t last long.  After a maximum of thirteen days, the female will usually give birth to a litter of twenty children, called joeys. 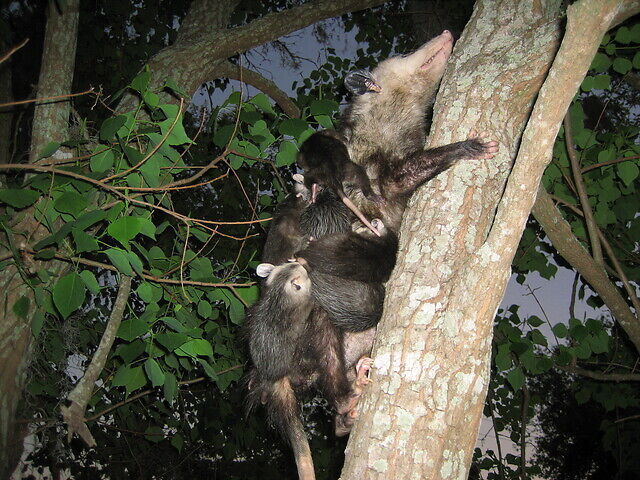 Like most marsupials, the opossum’s joeys are born under-developed. They’re blind, furless, and only the size of a dime. These larva-like creatures only weigh 0.005 ounces (0.13 grams), and use their great sense of smell and front paws to claw themselves to their mother’s nipples – called teats – that are within her pouch. However, the mother only has thirteen teats, and if the joey is unable to attach itself to one, it will die.

Those who have successfully attached themselves to their mother’s teats will remain stuck to it for two whole months, after which they will slowly begin to venture out of the pouch. These older opossums will cling to their mother’s back as she hunts for food. It’s within this period that they begin to eat solid food.

Within a month of leaving the pouch and riding on their mother’s back, these joeys will become independent. At only three months of age, they’ll then leave the mother and live their own solitary lives.

A few months later, at only eight months of age, the young opossum becomes sexually mature and so the cycle of reproduction continues. Opossums only live up to two years in the wild, however, so most males and females will only be able to mate once or twice in their lifetime.

As you can see, life isn’t easy for the opossum. From the very beginning, their lives are determined by the notion of “survival of the fittest”. Nearly half of all joeys die immediately because they aren’t able to attach themselves to their mother’s teats. Then the rest slowly die from other animals or by human activity. Despite their short and unfortunate life spans, these creatures have shown incredible resilience and stubbornness throughout the millennia, so no wonder they’ve been so successful.