Opossums are gentle, peaceful animals that generally do not display aggressive behavior. At around 21 inches to 36 inches long, from snout to tail, opossums are small mammals no bigger than a cat and a lot lighter at around 15 pounds on average. America’s only native species of marsupial, opossums are far more likely to play dead than fight, which is where the term “playing possum” comes from.

When confronted by something threatening, opossums fall into an involuntary comatose state, caused by the sheer stress and shock of the encounter. Whilst in this state, their body automatically becomes limp, its front feet tighten into balls, its lips draw back, and it starts to drool. This makes it appear and even smell dead to whatever it is that threatened them for as long as four hours. In fact, they are so good at pretending to be dead that they can be prodded or even picked up without giving any reaction. 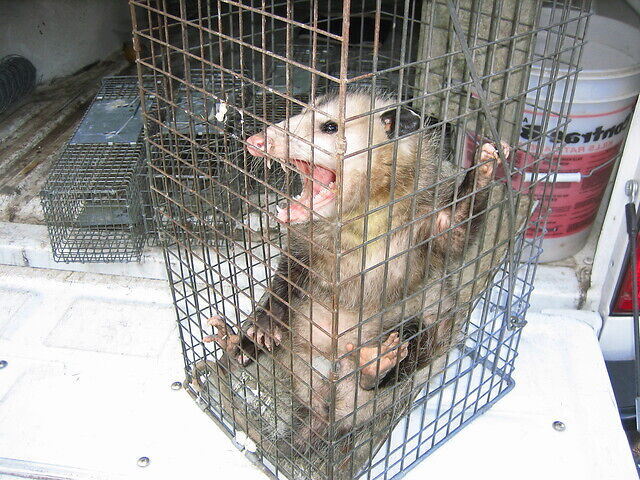 In the unlikely event that they stay conscious, opossums will in fact make noises when confronted. To begin with, opossums will start with a low, quiet hiss, which will become progressively louder as it feels more threatened, until it turns into a growl. Because they are nocturnal creatures, opossums are at their most active during the night, meaning you are far more likely to hear the sound of their hissing in the evening than during the daytime.

Depending on the number of opossums, this hissing can be an annoyance at most, although they do not always produce hissing sounds when threatened. For example, male opossums will hiss at one another and at female opossums during mating seasons or, less often, when competing with other opossums for territory.

Even baby opossums are able to hiss, although they cannot hiss very loudly. Instead, they often make a sound more akin to sneezing when distressed, for example when separated from their mother. In response, the mother will make a clicking sound to help the baby locate her. 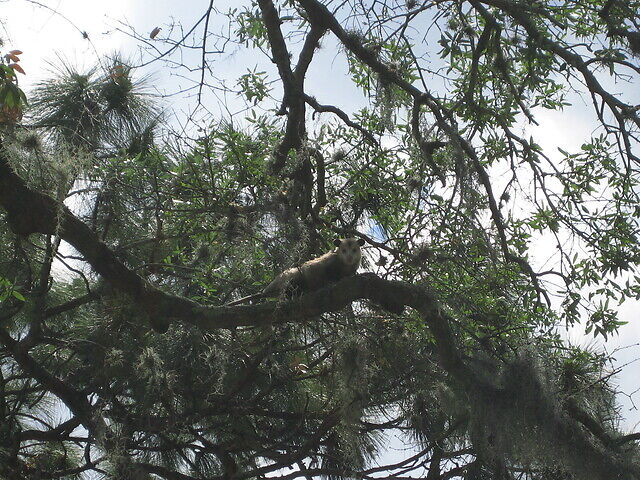 Should their hissing or ability to play dead not work, opossums can always rely on climbing to escape predators on the ground, like foxes. They have a prehensile tail, which effectively acts as an extra limb and can grasp onto trees or other objects with ease. Climbing is also made easier by their opposable rear thumbs. Opossums can even swim quite well, although they generally only do so to escape predators.